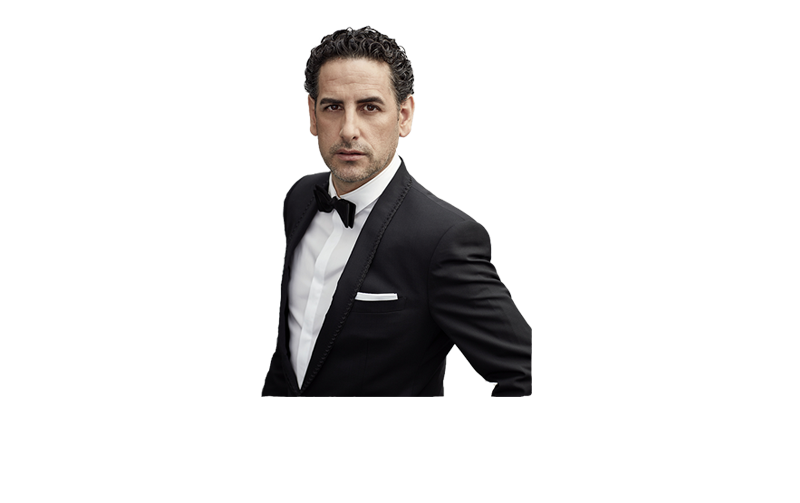 From pop to rock to opera

Following teenage years influenced by pop, rock and folk music, Juan Diego Flórez trained at Conservatorio Nacional de Musica, Peru’s national music academy. He then joined the National Choir before continuing to learn at the Curtis Institute of Music in Philadelphia. It was in 1996, at the age of only 23 years old, that he enjoyed his first success playing Corradino in Matilde di Shabran at the prestigious Festival di Pesaro. Since then, he has not stopped traveling the world and both his singing and acting qualities make him one of the most sought-after tenors in belcanto.

A regular guest on the most prestigious stages, Juan Diego Flórez also regularly performs concerts. Recently, he has performed, among others, in Il Barbiere di Siviglia, Lucia di Lammermoor, Manon and Guillaume Tell in Vienna, La Traviata in New York, Manon in Paris, Werther in London and La Bohème in Zurich. He also appeared for recitals on the tour of “Viva Verdi!” in Germany, Switzerland and Austria, but also in Tokyo, Shanghai, Paris, Vienna, Munich and Budapest, among others…

A multiple prize winner, Juan Diego Florez is also socially committed. In 2011, he created his foundation “Sinfonía por el Peru”, a socially inclusive project whose aim is to encourage the personal and artistic development of underprivileged children and young people in his country of origin. He is also a goodwill ambassador for UNESCO.